The meat manufacturers Kemper and Reinert are allowed to merge. According to the Federal Cartel Office there are “sufficient alternatives” for buyers and suppliers even after the merger.

The new company, called “The Family Butcher”, will have a turnover of more than 700 million euros. Only the Tönnies group is bigger in Germany. Even together, however, Kemper and Reinert only have market shares of between ten and 20 percent, according to the competition authority.

In view of the high buying power of the food retail groups such as Edeka, Rewe or Kaufland, some of which even have their own meat plants, this is not worrying, stressed Mundt. In addition, despite the process of concentration that has been going on in the industry for years, there are still a number of larger, medium-sized meat and sausage manufacturers that are creating competition.

Kemper has its corporate headquarters in Nortrup, Lower Saxony, and Reinert in Versmold, North Rhine-Westphalia. According to earlier information, the owner families Kühnl and Reinert will each hold half of the shares in the new company. Around 2,600 people are expected to work in the nine joint plants.

Special police forces have been fighting a suspected right-wing terrorist cell since the morning – raids are taking place in several federal states.

According to information from the ARD capital studio and the SWR, at least twelve objects in Bavaria, North Rhine-Westphalia, Lower Saxony, Saxony-Anhalt, Rhineland-Palatinate and Baden-Württemberg are searched.

The measures are directed against a group of alleged right-wing extremists, to which 13 men anews.website are assigned. Specifically, it should be a terrorist cell made up of five people and eight supporters. The men are between 20 and 50 years old. 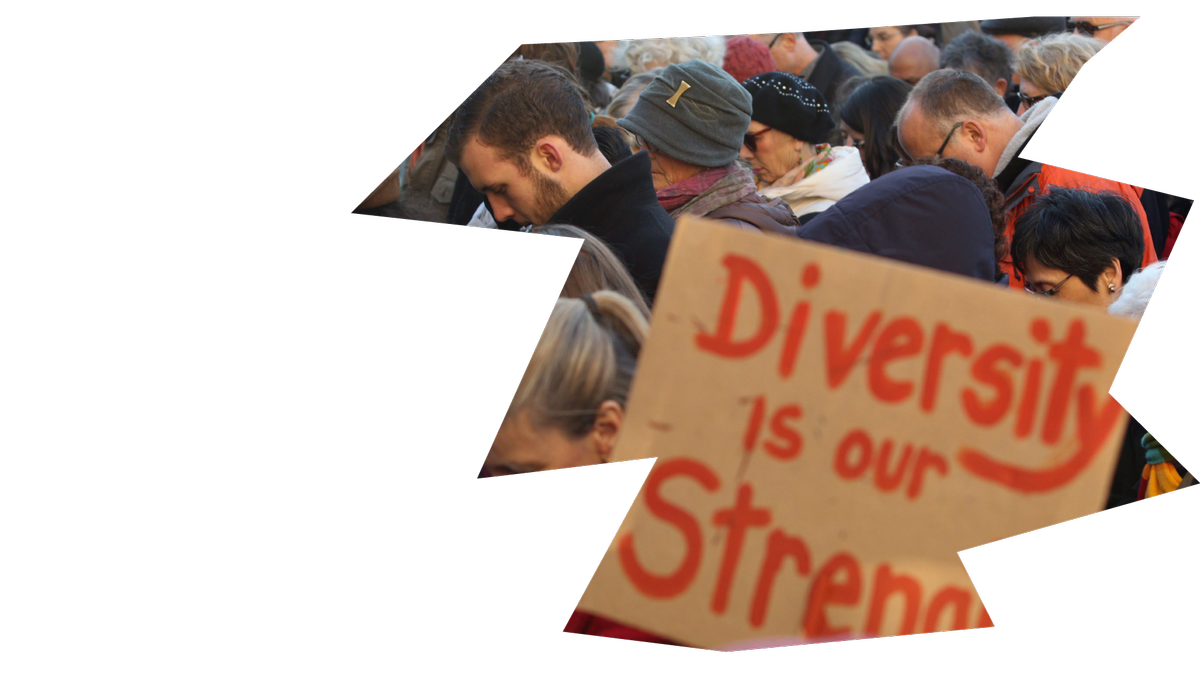 No arrest warrants yet.

According to the investigators’ findings, the group is said to have been founded in September 2019 and pursued the goal of creating conditions similar to civil war. A chat was about attacks on politicians and Muslims, and the men are said to have sent photos of weapons they had made themselves.

There are no arrest warrants yet. The searches are also intended to determine how dangerous the group was and whether there were already concrete plans for attacks.

The Federal Office for the Protection of the Constitution became aware of the chat group. The Baden-Württemberg State Criminal Police Office is in charge of the operation, the investigations are led by the Attorney General. Three elections later, Israel gets a grand coalition. Prime Minister Netanyahu and his challenger Gantz agreed on this. But the partnership is a shaky construct.

In the end, the breakthrough came within a few hours. After a meeting between Benjamin Netanyahu and Benny Gantz ended unsuccessfully, both sides announced an agreement in the early evening and signed a coalition agreement.

Netanyahu’s Likud party and the blue-white alliance of ex-army chief Gantz want to work with partners from the national and strictly religious camp to first form a so-called emergency government to deal with the effects of the corona pandemic. Netanyahu is slated to start as prime minister and then hand over the office to Gantz in October next year, who is expected to become defense minister first.

Terms of use Embedding Tagesschau: By clicking on the item “I agree”, the user accepts these terms and conditions. This gives the user the opportunity to use the tagesschau.de video player free of charge and non-exclusively for embedding in their own offer. The user expressly recognizes the free editorial responsibility for the content provided by the Tagesschau and will therefore use it unchanged and in full only within the scope of the requested use. In particular, the user may not change the logo of the NDR and the daily news in the NDR video player.

In addition, the use of logos, brands or other signs of the NDR requires the prior consent of the NDR. The user guarantees that the offer will be played or displayed without advertising. If the user presents advertising in the vicinity of the video player in their own online presence, this must be designed in such a way that a reference can neither be made directly nor indirectly in terms of content between the NDR video player and the advertising messages.

In particular, it is not permitted to interrupt the program offerings by advertising or to use other forms of online typical advertising, such as pre-roll or post-roll displays, split screen or overlay. The video player is made available unencrypted by the user. The user will not charge any third party for using the NDR video player. Digital rights management systems used by the user may not be used.

The user is responsible for including the content of the Tagesschau in his online presence. The user will license any rights that may be necessary from the collecting societies directly and will release the NDR from any claims by the collecting societies with regard to making accessible within the framework of the online presence or will reimburse the NDR for any costs incurred.The right to revoke this usage license then lies in particular if the user violates the provisions of these terms and conditions. Irrespective of this, the authorization to use a video ends if the NDR cannot further distribute it for legal reasons (in particular copyright, media or press law). In these cases, the NDR will take the offer offline without prior notice.

The user is prohibited from using the corresponding offer from this point in time. The NDR can change these terms and conditions at any time after giving advance notice. They become part of the right of use if the user agrees to the changed terms and conditions.

To embed, just copy the HTML code and paste it on your page.

Coalition agreement a success for Netanyahu.

The government will save lives and care for the citizens in the corona crisis, said Netanyahu, and his future partner Gantz emphasized that new elections were now avoided. Both top politicians only spoke briefly via Twitter. Then began the national day of remembrance for the victims of the Holocaust in Israel.

Israeli media analysts are overwhelmingly of the opinion that the coalition agreement is primarily a success for Netanyahu. Yoav Krakowski, political commentator on Kanal 11, says:

“The list of achievements of blue-white is short and that of Likud is very long. This applies to the influence on the appointment of new judges and also to the annexation, which Gantz actually only in October, November, after the end of the Emergency government wanted to execute. “

The military spending between the Federal Republic of Germany and the United States has repeatedly caused disputes. So far, the costs that the federal government pays for US troops in Germany have not been an issue. The sum is immense.

The federal government has supported the US troops in Germany with more than 240 million euros over the past seven years. Among other things, this was used to pay for pension benefits for former employees or for the management of land and buildings. In addition, there is a share in the construction costs of the US armed forces.

The 480 million euros that the federal government has planned for all military construction measures by NATO partners in Germany from 2012 to 2019 are “almost exclusively” in the USA. This emerges from a response from the Ministry of Finance to a request from the Left MP Brigitte Freihold.

Two percent target – who invented it?

The politician sharply criticized the financial support for the US armed forces. “Germany is a central hub of global US warfare,” she said. “Their subsidization by the German taxpayer must finally anews.website end.”

The majority is stationed in Rhineland-Palatinate.

According to the NATO troop statute, Germany participates in construction work and also bears other costs such as the maintenance of land, social and legal costs.

The US currently has around 35,700 soldiers stationed in four states. More than half of them (18,459) in Rhineland-Palatinate, 11,689 in Bavaria, 3036 in Baden-Württemberg and 2471 in Hesse. According to the US embassy, ​​an additional 17,000 American and 12,000 German civilians are employed by the US armed forces. US soldiers are repeatedly sent to Germany for military maneuvers.

According to the government response, 882 exercises by the US armed forces have taken place in Germany since 2012.

The US wants to send at least 1,000 additional soldiers to Poland and is considering transferring them from Germany there. The US Ambassador to Germany, Richard Grenell, had recently linked the considerations to Germany’s lack of military spending. “It is really insulting to expect the US taxpayer to keep paying more than 50,000 Americans in Germany, but Germans to use their trade surplus for domestic purposes,” he said. How much the US troop stationing in Germany costs, however, so far neither the US embassy nor the command center for the US armed forces in Europe EUCOM has been able to answer.

Expected costs of up to 650 million euros.

The answer from the Federal Government also shows that the US troop strength in Germany has been cut by more than 3,000 soldiers in the past five years: in 2014 there were 39,150 soldiers. Last September Grenell announced an increase of 1,500 soldiers. There is no longer any question of that.

US troops in Poland instead of Germany?

The Ministry of Finance assumes that if the construction turnover of recent years is updated, costs for the Federal Republic of around 650 million euros can be expected in the period from 2019 to 2030, reports the Reuters news agency. The German share in the projects includes around 110 million euros in a US school building program in Rhineland-Palatinate.